Plant a tree in memory of Scott
An environmentally-friendly option 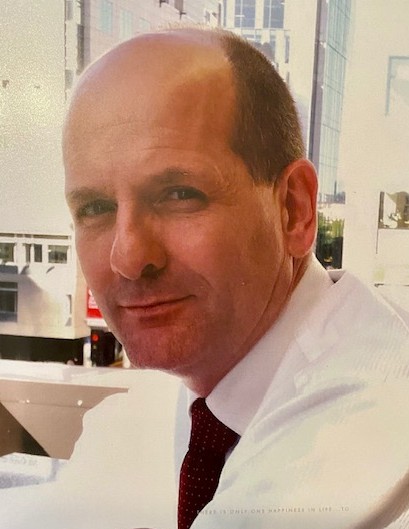 HAMPSTEAD, NH - Scott Julian True, of Hampstead, NH, passed away March 26, 2021, at the young age of 56, after suffering a coronary event. It was a blessing that he was able to express his love for his family, as they did to him, prior to his passing.

He was born October 4, 1964, the son of the late William and Theresa (Levesque) True, of Van Buren, Maine.  A proud 1982, Van Buren High School graduate, he went on to attend the University of Maine, prior to leaving for greater opportunity. Scott’s early career focused on restaurant management.

To have more time with his loved ones, he returned to school and turned his passion for computers into a long standing career. For the last 17 years, Scott had served as the Chief Operations Officer, for Axis Computer Networks, in Newburyport, MA.

He met his loving wife Kelli, 32 years ago, in 1989, where they both encouraged each other to pursue their dreams and their journey together began. Scott and Kelli enjoyed an adventurous life, filled with so much love, laughter, fun, family, friends, and an unwavering support for one another.

In 2000, their world shifted in the most beautiful way, when their son Nathaniel “Nate” True was born and this couple of two became a loving family of three. “Team True” enjoyed many years of living on ski slopes, dirt tracks, chasing dreams but most of all they cherished the time spent together as a family. Scott loved to fix- tinker and could often be found outside fixing anything and everything, with Nate learning all that he could by his side.

Scott was raised the son of a Maine potato farmer and prided himself on growing the best vegetables, they were often picked right off the vine and eaten as he worked around the yard. Scott had a great love of basketball, playing in multiple leagues, he loved to play, talk basketball but mostly he loved the community of men that he played with, for so many years, in their wonderful town of Hampstead.

In addition, to his loving wife Kelli and son Nate, he is survived by his sister Johanne Marie True and spouse Darrell Cave of New Brunswick, Canada, Diane True, of Van Buren, Maine, predeceased by his adored brother Vincent True.  His beloved in-laws Janice Richard and her partner Edward Maguire of Newburyport, MA, mother in-law Faith Richard of Raymond, NH and predeceased by father in-law Peter Richard, sister and brother in-law Kimberly and Gregory McCarthy, of Exeter, NH and Jennifer and Michael McGibbney of Mesa, Arizona. He had so many wonderful nieces and nephews, Tobey, Amanda, Kyle, Tyler, Jennifer, Greg, Maurice, Elaine, Sean, Aaron, Samuel, Madeleine, Mathew M, Morgan, Macie, Lauren, Erin, Mathew L, Lilly and Jaycee. He leaves behind his very dear, lifelong friend, Roland Cyr. Todd and Kristin Legault, both friends and family, introduced Scott and Kelli, for that they will be forever grateful.

Scott, will be remembered for his quick wit, good nature, fierce competitiveness, on and off the court or a game of cards, a great political debater but most of all his unbridled deep love for Kelli and Nate and for so many that had the honor of being in his world.

Please join us, as we celebrate his beautiful and meaningful life on Wednesday, April 7. For further service information, due to Covid19 vendor requirements, we ask that you email sjtrue.services@gmail.com, with the name of those attending and Covid19 vendor information will be forwarded to you.  You may also use this email address for donations (in lieu of flowers) you will be forwarded instructions on donations.  The family plans to set up a memorial scholarship fund in Scott’s honor. Arrangements by Driscoll Funeral Home, Haverhill. For guestbook, visit www.driscollcares.com

Plant a tree in memory of Scott by clicking here.
To send flowers to Scott's family, please visit our floral store.

Plant a tree in memory of Scott
An environmentally-friendly option

Plant a tree in memory of Scott

25 trees planted in memory of Scott

There is 1 photo available in the gallery

The Employees of Evolve Technologies Corporation

We were all shocked & saddened to hear of Scott's sudden passing. Scott's visits to our office where often filled with sarcastic banter as we made fun of the world. Our prayers go out to his family.
The Employees of Evolve Technologies Corporation

I never had a day without laughter when Scott and I spent time together. He was such a great friend to have in my life. He will never be forgotten.
Andy Scoggins

We are sorry for your loss. Our sincerest condolences to you and your family. Our thoughts and prayers are with you.
Atlantic Bridge & Engineering

On behalf of the staff at Elements Massage in Salem, we wish to express our sincerest condolences to the True family. Scott's warmth and humor will be greatly missed by all of us here at the studio.

A Memorial Tree was ordered in memory of Scott Julian True by Wells family .  Plant a Tree

Plant a tree in memory of Scott