We would like to offer our sincere support to anyone coping with grief. Enter your email below for our complimentary daily grief messages. Messages run for up to one year and you can stop at any time. Your email will not be used for any other purpose.

Share a memory
Obituary & Services
Tribute Wall
Read more about the life story of Donald and share your memory.

LYNN - Donald Rayburn MacInnis, 89, of Lynn, MA passed away peacefully on January 22, 2023. Born November 4, 1933, he was the son to the late Chester and Harriet MacInnis. Donald was the loving husband to Marlene (Robinson) MacInnis for 65 years. Donald is survived by his wife Marlene, son Jeffrey and his wife Dianne, daughter Pamela Hinkle and her husband James, daughter Deborah D’Amato and her husband Tony, daughter in-law Lesley MacInnis, wife of predeceased son Richard. In addition, he leaves behind 11 grandchildren and 3 great-grandchildren. Donald was also predeceased by his two sisters, Beatrice (MacInnis) Kennedy and Virginia (MacInnis) Dressler.

Donald, known to family and friends as “Ray” was a lifelong resident of Lynn, MA and graduated from Lynn English High School. He served in the Army from 1954 to 1956 as a Private First Class during the Korean War, stationed in France. He married Marlene in 1957 with whom he had four children. While raising his family and working fulltime as an accountant, Donald went to night school for many years, proudly earning a Bachelor’s degree in Accounting from Northeastern University. Throughout his career, he employed his accounting skills at several commodity trading companies, Gibbs Oil, Astroline Corp, and BP Sousa. In retirement he continued to work as a part-time bookkeeper for Bagel World into his early 80’s.

Donald enjoyed traveling, gardening and puzzle making. He took his family on many road trip vacations up and down the East Coast. In retirement, he continued to travel to many other destinations, some of his favorites being Florida, Las Vegas, and the Caribbean. During the warm weather Donald tended to his many perennial gardens and roses and when not outside he was busy making scenic puzzles and Mod Podging them to hang on his TV Room walls.

Services will be private. In lieu of flowers, contributions in Donald’s name may be made to the American Diabetes Association. Arrangements by Driscoll Funeral Home, Haverhill. For guestbook, visit www.driscollcares.com

To send flowers to the family or plant a tree in memory of Donald Rayburn MacInnis, please visit our floral store. 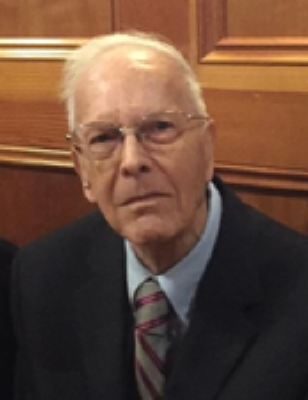 In Loving Memory Of

Look inside to read what others
have shared
Family and friends are coming together online to create a special keepsake. Every memory left on the online obituary will be automatically included in the book.

In Loving Memory Of

Look inside to read what others have shared

Family and friends are coming together online to create a special keepsake. Every memory left on the online obituary will be automatically included in the book.

You can still show your support by sending flowers directly to the family, or by planting a memorial tree in the memory of Donald Rayburn MacInnis
SHARE OBITUARY
© 2023 Driscoll Funeral Home & Cremation Service. All Rights Reserved. Funeral Home website by CFS & TA | Terms of Use | Privacy Policy | Accessibility